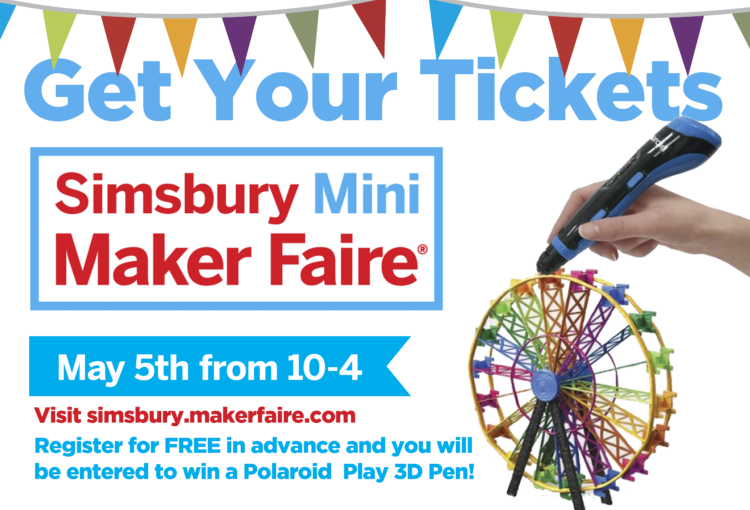 This weekend on May 5th in Simsbury Connecticut the Simsbury Public Library will be holding a mini Maker Faire!

Folks will be exhibiting crafting, mechanical, and other skills for your edification. Along with Tom and Chris from NESIT who will be bringing along machines to demonstrate and possibly a bit of science. 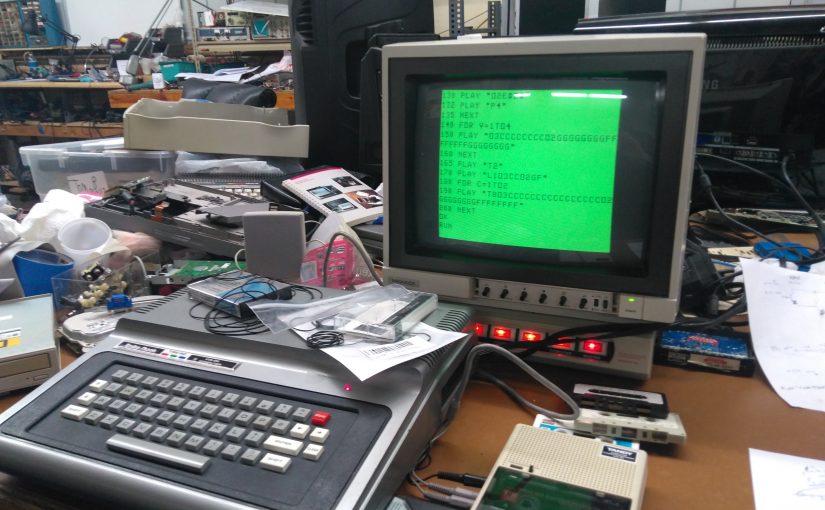 NESIT members Cobey and Tom recently got a TRS-80 off life support and back into running shape. Challenges in the endeavor included getting the odd matrix keyboard going, adding in a pull switch to turn the monitor on and off, and replacing rotted belts on a tape cassette drive.

And it works! It’s been burbling and chattering away, drawing things on the screen, and threatening to break the ancient cassettes at any moment. Stop NESIT Makerspace in Meriden, Connecticut to check out this marvel of the ancient world. 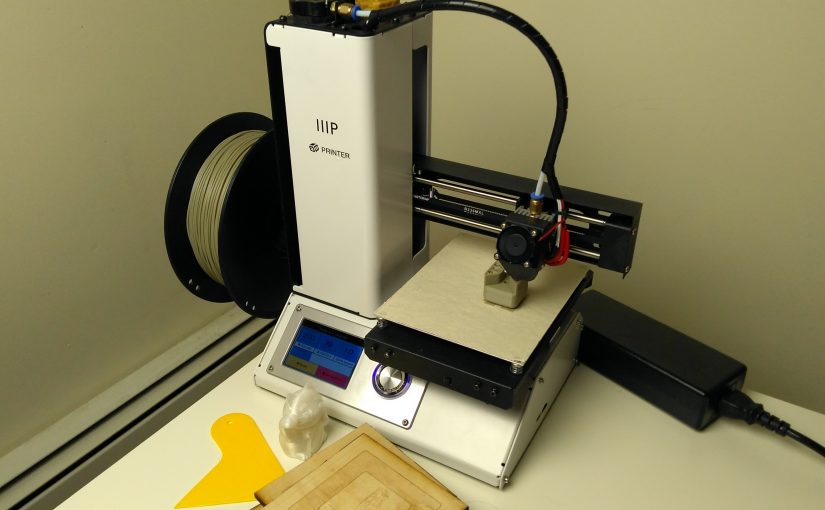 NESIT is holding our bi-weekly open house. Stop by and check out what everyone’s working on. Or just say Hi!

Chris will be bringing in the Monoprice Maker Select Mini to see if some of it’s design defects can be repaired. The Mini appears to have a couple of serious deficiencies in power cable movement and belt tension that should be easy to fix. Find out more about it at MPSelectMini.com 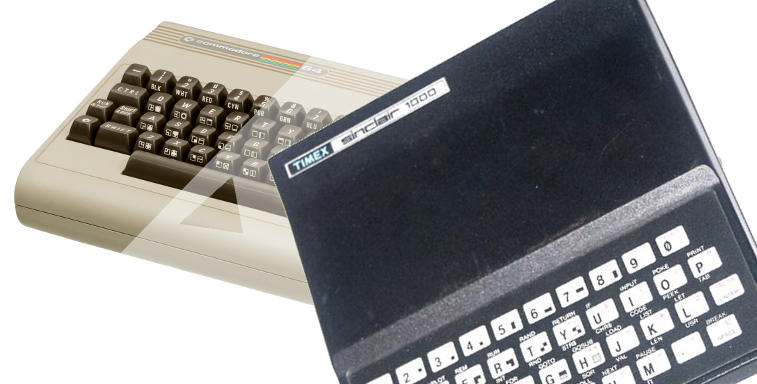 We’ll be open for our Maker Monday open house this October 23rd.  Why not stop by the NESIT Makerspace at 290 Pratt St. Meriden, Connecticut and say “hi”!

Things are picking back up from the summer months. We just got in a collection of of classical computer equipment to put on display (thanks Bill!) and will be sorting it out over the next couple of weeks. Maybe Cobey will even write up a neat demo to run on one of the C64s or ZX Spectrum era computers! 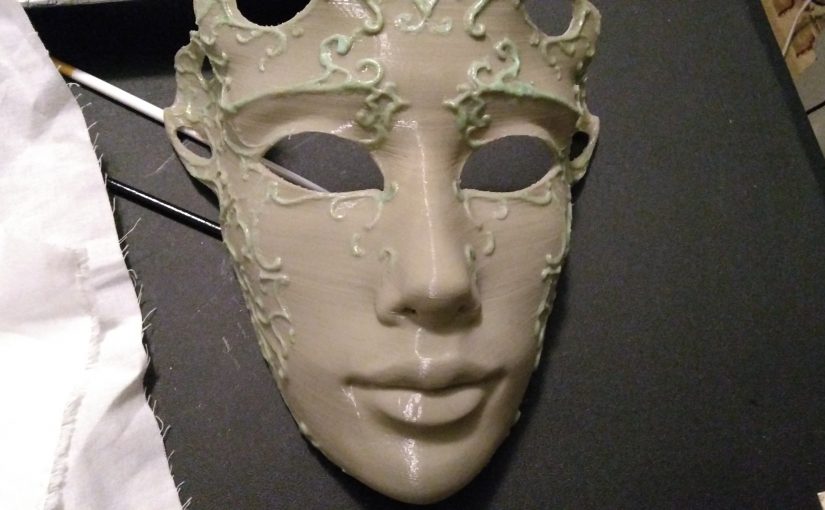 NESIT will be open for our Monday Maker night in Meriden, Connecticut at the NESIT Makerspace. Drop in and see what’s going on.

With Halloween coming up it’s an excellent time to make a mask on one of our 3D printers. The ballroom mask featured above was printed in MakerGeeks Fossil Gray PLA for a clay look. You’ll notice green highlights which glow in the dark and fluoresce under blacklight. 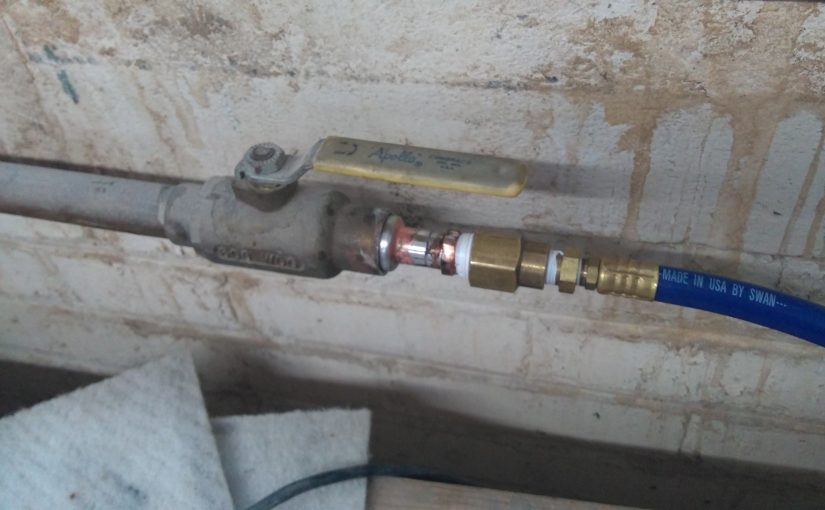 NESIT will be open at 7pm on Monday for our open house. We’ve got new air compressor lines hooked up along with the metal mill station (see the previous post).

After a bit of clean-up the lines held a steady 80PSI without hissing a constant stream of air! 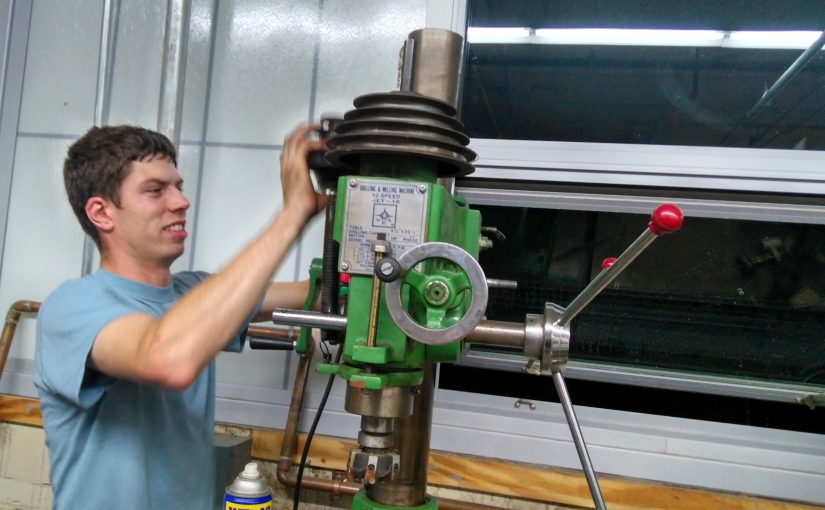 NESIT members have retrieved and assembled a mill for working metal. Our new mill is a free-standing unit pictured above during it’s assembly!

Stop by to see it in action.

If you’re unfamiliar with what a metal working mill can do see the video (courtesy of MIT) we’ve embedded below. MIT’s Tech TV service isn’t working perfectly; to view, press the play button. 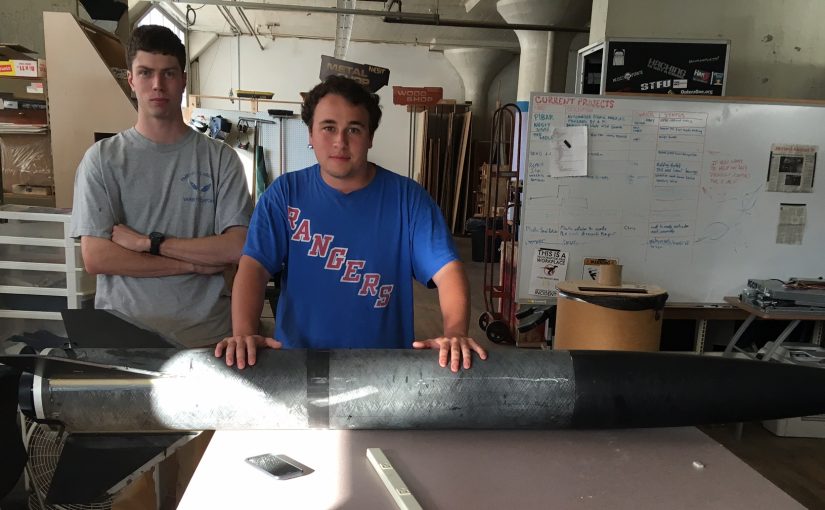 Monday is open house night at NESIT Makerspace in Meriden, CT just off Rt 691 with convenient access from Hartford, New Haven, and all of central Connecticut.

What’s been going on? Tom and Sam have been at work readying their rocket for launch in the metal and wood shop. From this recent picture taken in the 3D printing area it looks like it’s almost ready to go! 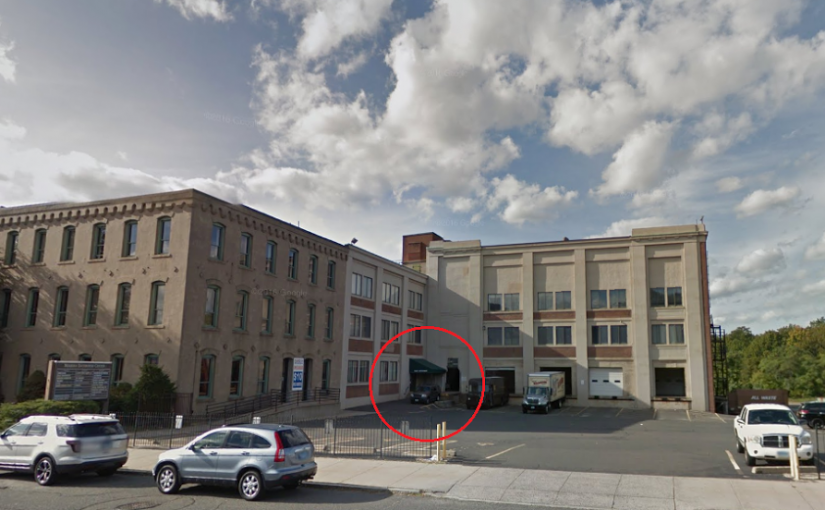 Come by and check out NESIT! This Wednesday, June 28th, we’re once again open for our weekly open house. If you’re unfamiliar with the location please look here for directions, maps, and street shots of the building. 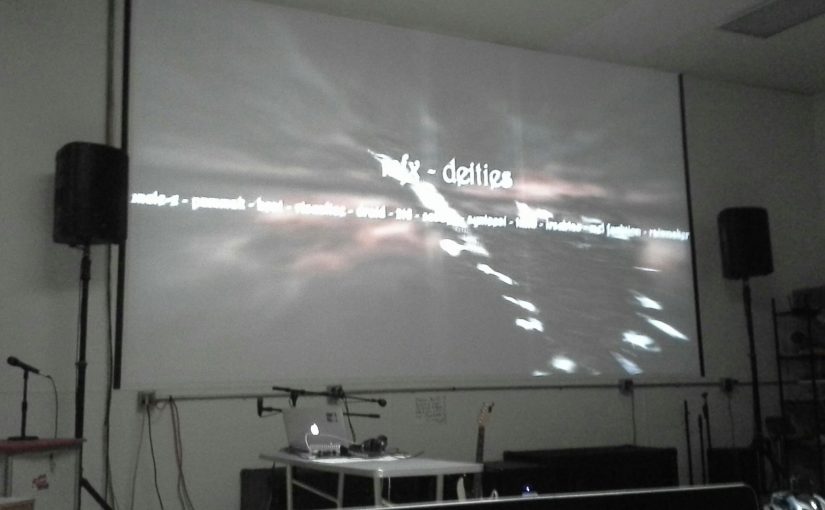 Join NESIT for our weekly open house this Monday in lovely Meriden, CT. We’re in the Pratt St. building right off Highway 691 a stop down from the I91 interchange. You can even find directions, maps, and pictures on this very website!

Assorted NESIT members are just back from the @Party held at the Artisan’s Asylum in Sommerville Mass.

What was happening? Inverse Phase was there giving an overview of “8-bit” style audio silicon. NMLStyle and StormBlooper traded off audio and video duties to put on an A/V concert.

And of course the composition competition occurred late in the evening with some interesting entries. The contents of which will hopefully be up on the @Party website in the future.